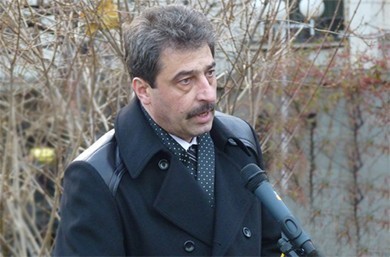 Tzvetan Vassilev is Chairman of the Supervisory Board and majority shareholder in Corporate Commercial Bank AD. A consortium between his Bromak Telecom Invest Company and the Russian investment bank VTB Capital holds the majority stake (approximately 80%) of Vivacom — the former Bulgarian Telecommunications Company. He also chairs the Supervisory Board of the Victoria Insurance Company AD, part of Generali Group. Vassilev consults some of Bulgaria’s most successful investment projects. His professional experience in finance has been recognized by authoritative universities and national economics journals. He is the bearer of an honorary badge from the University of National and World Economy (UNWE) in Sofia and Doctor Honoris Causa from the University of Mining and Geology in Sofia, and is member of the UNWE Board of Trustees.

In 1992 Tzvetan Vassilev founded Bromak EOOD and Fina-S AD financial brokerages. Between 1995 and 1999, he was Head of Foreign Exchange Operations and Liquidity at Central Cooperative Bank, becoming member of the Board of Directors in 1997. He briefly headed the Markets and Liquidity Department at the Bulgaria Invest Commercial Bank, today Allianz Bulgaria Bank.

Between 2000 and 2003, Vassilev chaired Corporate Commercial Bank AD’s Management Board as Executive Director, going on to chair its Supervisory Board from 2003.

He started his higher education in Foreign Trade at the Łodz University Faculty of Social Economics. In 1985 he was awarded with a Master’s Degree in International Economic Relations at the Karl Marx Higher Institute of Economics, today the UNWE. Between 1985 and 1992, he was a research fellow at the then Center for Foreign Trade and International Markets.

Tzvetan Vassilev is a member of the International Advisory Board of the Atlantic Council of the United States as well as a frequent speaker at its traditional Black Sea Energy and Economic Summit and Wroclaw Global Forum. He has also contributed economic analyses to New Europe and has been interviewed for leading media, such as Handelsblatt, Der Standard, and the Leaders Magazine.

Tzvetan Vassilev has received the following awards for his personal contribution to economic development, banking, and sports: